What’s in a symbol? The meaning behind the Celtic Triskele

You’ve probably seen this triple spiral all over Celtic art both modern and ancient, but do you know what the triskele represents? 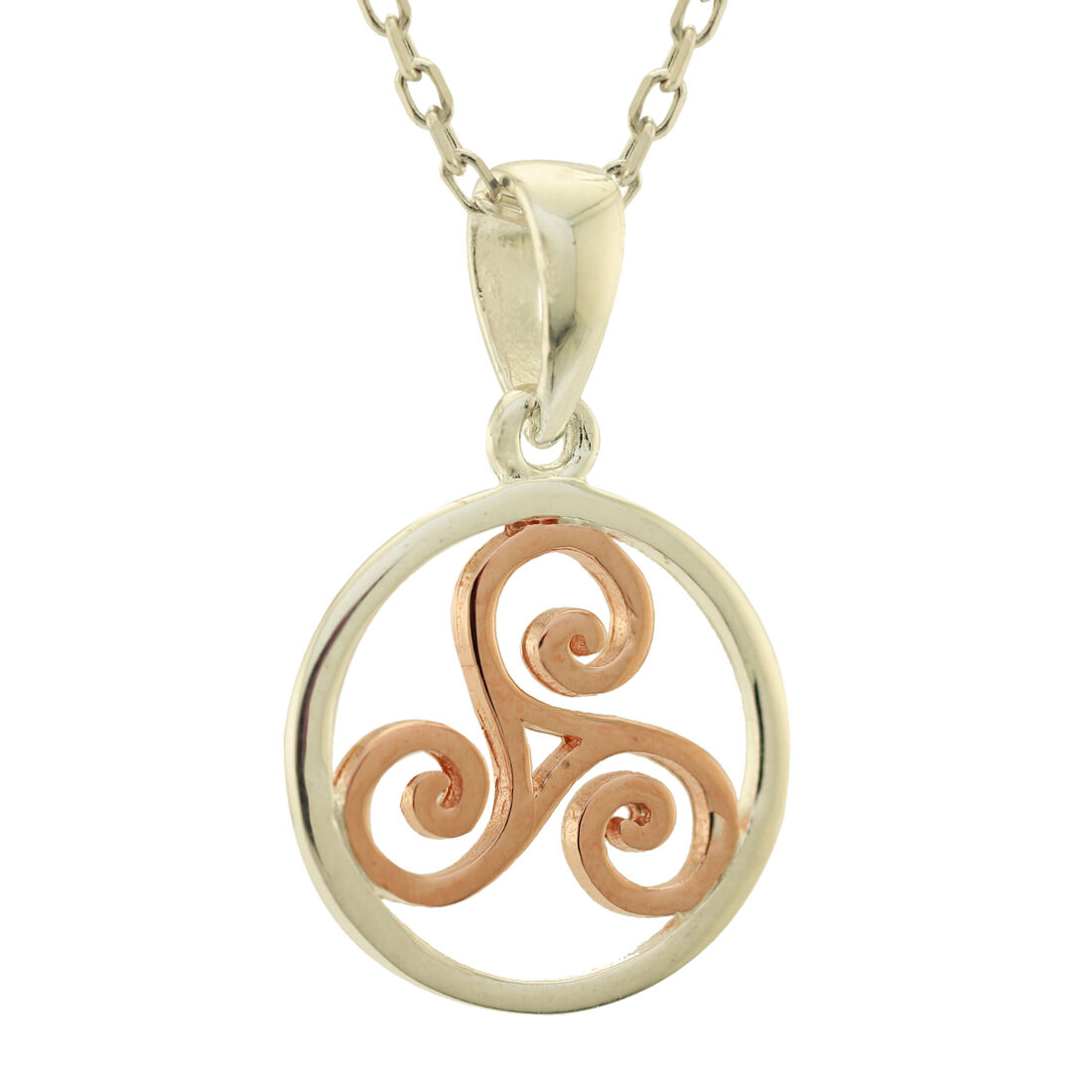 The word Triskele comes from the Greek phrase meaning “three-legged”. The Triskele, or Triskelion, is a made up of three spirals, or sometimes three bent human legs. According to an ancient historian, the bent-legged triskelion was inspired by the triangular island of Sicily. In fact, the Sicilian flag features a Triskele as of the 13th century.

The Triskele can be found in ancient artifacts and monuments, from Neolithic engravings in Malta to Ancient Greek vases.

In the Newgrange tomb, a structure in the Boyne Valley made up of almost 100 large stones and built around 3200 BC, the Triskele appears engraved on the entrance stone. This particular stone is notable because, while the other stones were carved first and then moved into place, it is believed that the entrance stone was carved where it stands, and used as a reference point for the placement of the rest of the stones. The triskele, like the rest of the art in Newgrange, was not merely decorative: it had an important ritual significance.

Triskele are strongly associated with Celtic culture. They appear in Celtic archaeological sites in the north of Spain and Portugal. The number three is a recurring theme in Celtic symbology. Triadic symbols could represent anything from the stages of life (life, death, rebirth) to the states of time (past, present and future).

The spirals in the Triskele are also significant, as they represent eternal motion and the Celtic belief that time is cyclical.